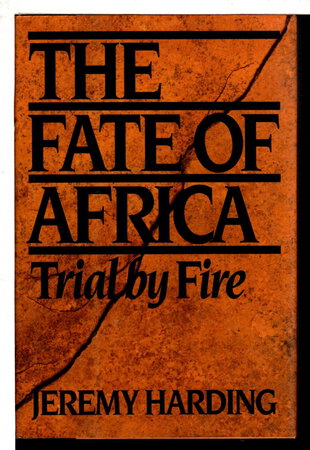 New York: Simon & Schuster, (1993.) dj. Hardcover first edition - An account - "both explosive and intimate - of six countries under siege, battling the legacy of ethnic conflict and colonial abuse and fighting for their future." A revised version of the original English edition, published in 1993 under the title "Small Wars, Small Mercies" which was praised both for its expertise and for its compassion; he lets the Africans do most of the talking. Focuses on the campaigns of the Portuguese and then the abrupt abandonment of Angola and Mozambique, the fragile ceasefires in Angola, the tentative elections in Mozambique, the victory of the guerrillas in Eritrea, the coming of peace in Namibia, the invasion of the Western Sahara by Morocco, and the on-going conflicts in South Africa. Maps, notes, glossary, index. 368 pp. ISBN: 0-671723596.