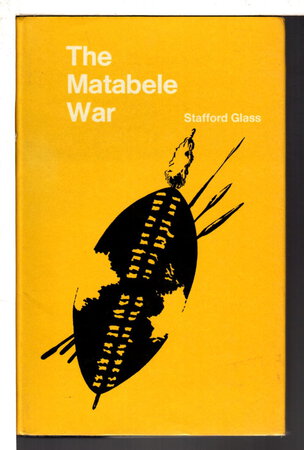 London: Longmans, Green and Co, (1968) dj. Hardcover first edition - Based on primary sources, this is "a detailed study of the strife between the British South Africa Company and the Matabele militaty state, now part of present-day Rhodesia, at the end of the last century. In 1890 the pioneer column of the British South Africa Company established a settlement in Mashonaland, for which permission had been obtained from Lobengula, the powerful Matabele chief. Dr. L.S. Jameson, who became the settlement's Administrator, endeavoured to establish a border between Mashonaland and Matabeleland to put a stop to the matabele raids into the newly-acquired territory. By the end of 1892 it was apparent that the partition waws failing and that Lobengula was not prepared to accept the alienation of Mashonaland. In this fact lay the root of the Matabele War." Illustrated with photographs, footnotes, bibliography, index. 308 pp.

Condition: Fine in a black cloth with silver lettering on the spine in a very near fine dustjacket (lower corner of dj flap clipped