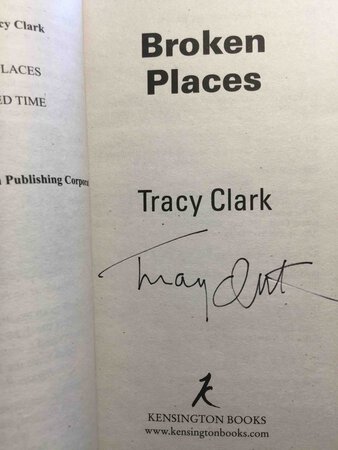 New York: Kensington, (2019). SIGNED - Author's first mystery introducing PI Cass Raines "who took a bullet two years ago after an incompetent colleague screwed up a tense confrontation with an armed suspect. Deeply traumatized by the incident, Cass resigned from the Chicago PD, leaving one less female African-American on the force. Now sheÕs the head of a one-woman private investigation agency." SIGNED on the title page. Includes a preview of the next book in the series. 436 pp. ISBN: 978-1496714886.