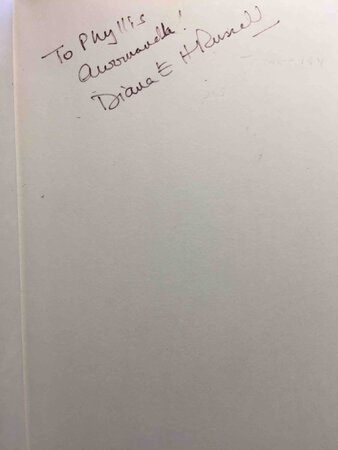 LIVES OF COURAGE: Women for a New South Africa.

New York: Basic Books, (1989). SIGNED hardcover first edition - The author, a professor at Mills College in Oakland, California was raised in a white, English-speaking South African family. She left at age 20, but returned to South Africa in 1987 "to record these 24 moving oral histories of Black, white and Indian women activist leaders of diverse ages, backgrounds and occupations in their struggles against oppression by the regime and by men. In addition to torture, sexual terrorism and degradation endured during prison terms, many of these women sacrificed motherhood to activism. Such famous leaders as Winnie Mandela, Albertina Sisula and Helen Joseph, among others included here, expect a revolution and stress the need for international pressure. Among those interviewed are members of the banned African National Congress, trade unions and groups primarily concerned with sexism and other feminist issues." Illustrated with photographs. INSCRIBED on the front endpaper. Double page map, Glossary and abbrevitions, Chronology of major events, index. xiv, 375 pp. ISBN: 0-465041396.