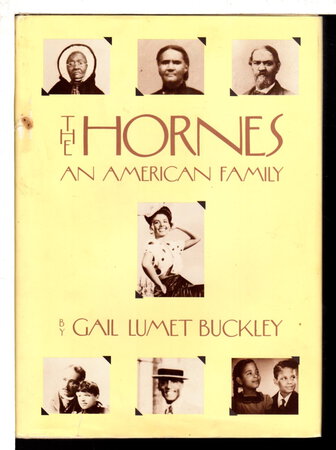 THE HORNES: An American Family

New York: Alfred A. Knopf, 1986. dj. Hardcover first edition - Both the biography of her mother, Lena Horne (from her first appearances at the Cotton Club and New York Cafe Society to her departure for Hollywood, where she became the first true black movie star) and the story of several generations of her family, from the matriach who was able to buy her own freedom from slavery, to the to Frank Horne, Lena's uncle, a poet during the Harlem Renaissance and a member of FDR's "Black Cabinet" and to Lena herself. This is also the story of the influential black bourgeoisie - what Du Bois called 'the talented tenth' - from emancipation to the civil rights movement. Photographs. xii. 262 pp. ISBN: 0-394513061.

Condition: Near fine in a very good dust jacket (short closed tear to back cover of dj, other light edgewear.)