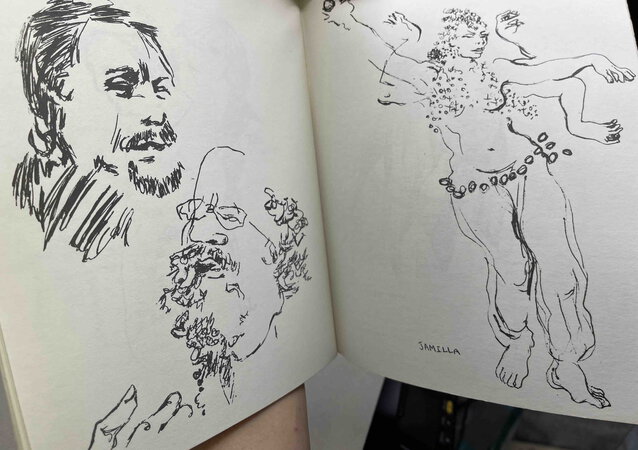 STRUCK LODESTONE: California Bay Area Poets and Others in Poems.

Oakland, CA: Artists' Resource Center, (1976). First edition - A slim volume of poems dedicated to people in the San Francisco Bay Area and drawings of poets and others, including Allen Ginsberg, Ferlinghetti, Rosa Parks, Gary Snyder, Anne Rice, Ishmael Reed and more. Rudge, who was named Alameda's Poet Laureate in 2002 (a title she retained until her death) was a tireless advocate for poets, artists, the homeless and those struggling to survive as well as an educator working for peace. She founded numerous poetry organizations and traveled the world as a delegate for the World Congress of Poets, sharing the work of other Bay Area poets wherever she went. She was also well known for her art - she had several one woman shows of her works in both Mexico and the United States. Almost square format in illustrated silver foil wrappers. Unpaginated (56 pp)