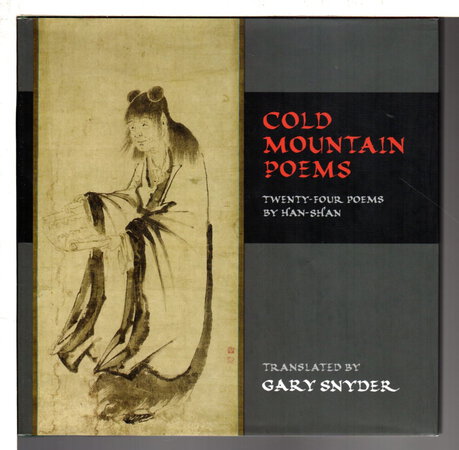 Berkeley, CA: Counterpoint, (2013). Hardcover first edition - A new definite edition of an early work by Snyder originally published in the 1958 issue of The Evergreen Review. This edition includes a preface by Lu Ch'iu-yin, Governor of the T'ai Prefecture and an afterword by Snyder in which he discusses how he came to this work and what it meant to his development as a writer and Buddhist and also an afterword by Michael McPherson on the calligraphy. Also included is a CD with a lecture given on May 11, 2012, at The University of California, reflecting on Chinese poetry, Han Shan, and his continuing work as a poet and translator. Illustrated, square format, unpaginated. ISBN: 978-1619021686.

Condition: Very near fine in a like dustjacket. CD is still sealed in pocket on rear endpaper.