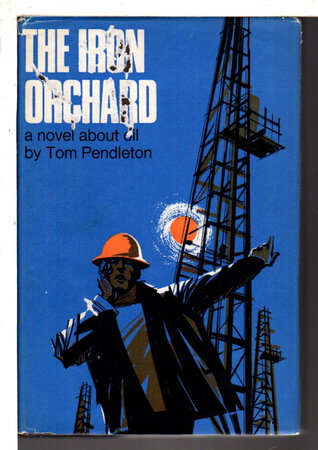 London: Collins, (1967) dj. Hardcover first edition - Author's award-winning first novel, an epic story which begins in the thirties with Jim McNeely heading on foot from his hometown to begin a new life as a roustabout in the Permian Basin. He's not quite twenty, already orphaned, and has little more than the threadbare suit on his back. When he arrives at the Dead Lake man camp, he is subjected to the violent, brutal reality of the occupation, but even though he learns to survive there, he has bigger dreams. Sometimes referred to as "the wildcatter's Bible" this was published by Van Zandt under a pseudonym, since he was from a prominent Forth Worth family. Basis for the 2018 independent film of the same name, featuring the author's son, actor Ned Van Zandt and directed by Ty Roberts. 412 pp.

Condition: Near fine in a very good dust jacket (some small holes to the front cover of the dj, minor edgewear - original price of 30s still present).