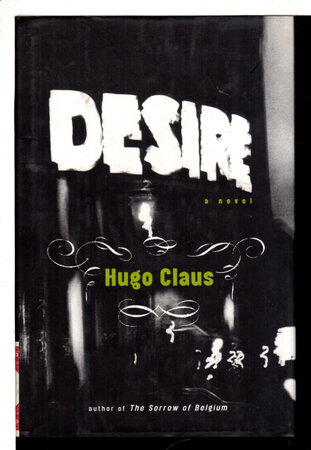 New York: Viking, (1997) dj. Hardcover first edition - Novel by the Flemish author of the highly acclaimed "The Sorrow of Belgium." A "cross-continental tale of Belgian gamblers seeking their fortunes in Las Vegas . . [It] begins in a bar called 'The Unicorn,' whose regulars includea group of cronies with colorful monikers. . Two of them, dark, brooding (half-Portuguese) Michel and enormously overweight Jake, impulsively light out for America, first to Los Angeles, then eastward to Vegas and the gaming tables. . . Claus builds a hilarious picture of southwestern American neon splendor . . [with] sequences variously reminiscent of the inspired demolitions of trash-culture Americana accomplished decades ago by Evelyn Waugh and Nabokov, as well as Nathanael West's The Day of the Locust." (Kirkus) Translated by Stacey Knecht. 211 pp. ISBN: 0-670867462.