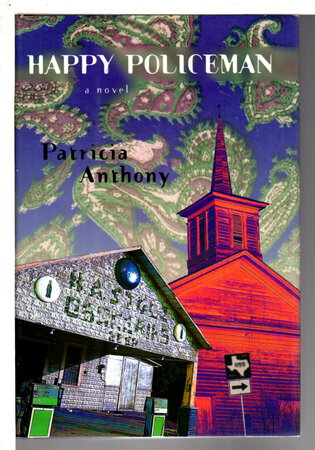 New York: Harcourt Brace & Company, (1994) dj. Hardcover first edition - The fourth science fiction novel by an author who is known for combining science fiction plots with other genres in unconventional ways. This tells the story of "a half year in the life of DeWitt Dawson, the 40-ish police chief of Coomey, Tex. Though a one-stoplight town, Coomey is remarkable because, for six years, it's been circled by 'the Line' - a paisley band of light that blocks all light, heat, broadcast waves, people, animals and objects from entering or leaving town. Local opinion has it that a nuclear holocaust has wiped out the rest of Texas (and maybe the world) but that Coomey has been spared by the intervention of the Torku, diminutive English-speaking, Zen-preaching aliens from outer space. Only the Torku can cross the Line, which they do daily, in UPS trucks bearing enough groceries, gasoline, VCRs and Mary Kay cosmetics to keep the town civilized." (Publishers' Weekly). ISBN: 0-151384789.