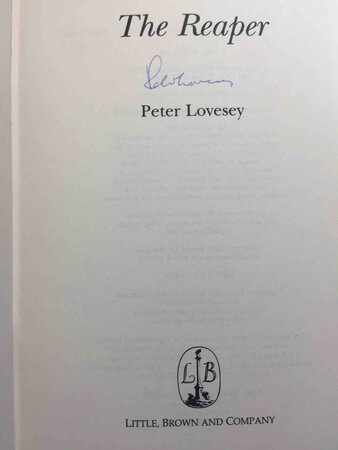 London: Little Brown, (2000). SIGNED hardcover first edition - A stand alone novel published just after Lovesey was awarded the Diamond Dagger for Lifetime Achievement by the British Crime Writers, this is the story of an apparently charming and very popular rector who also happens to be a serial killer. One of his first victims, an apparent suicide, is the Archbishop who discovers that he has been skimming the church's money. SIGNED on the title page. 310 pp. ISBN: 0-316854190.