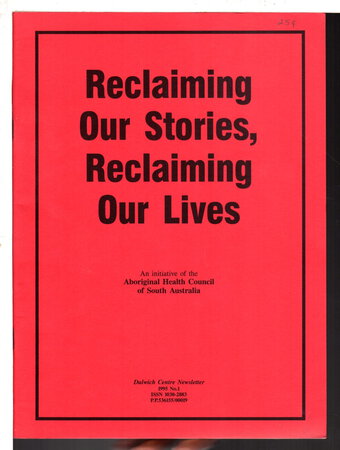 Dulwich Centre: Aboriginal Health Council of South Australia, 1995. First edition - "This Newsletter outlines a report of a counselling project initiated by the Aboriginal Health Council of South Australia, which was conducted from June 1994 to September 1994. This counselling project implemented one of the recommendations made by the Royal Commission into Aboriginal Deaths in Custody (November 1987 to December 1990)." Large format. 40 pp.