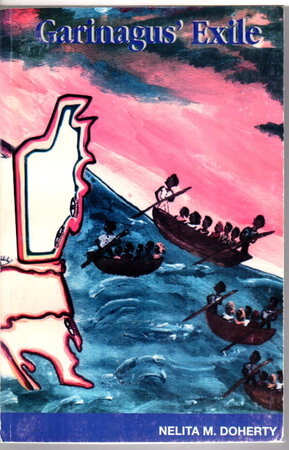 Dominican Republic: Segraf Publisher, (1999). First edition - The third and last book in the Garinagu series, tells the story of Tisani, born in the last quarter of the 18th century, the great-granddaughter of Nisani. It follows the struggles of the young tribe to find a safe haven and their flight through the Caribbean. The author comments that "It deals with when the British troops went in to try to get them out of St. Vincent; what they had to do to evade the British soldiers. For a long time they were in hiding, in deplorable conditions, trying to evade the British soldiers until finally they were captured, exiled from St. Vincent. It goes on to deal with the first island they went to, which was Balicu, being moved again by the British soldiers until eventually they made their way to Honduras, and later branched out to British Honduras" which is now Belize. 237 pp plus 1 pp bibliography. Cover art by the author.