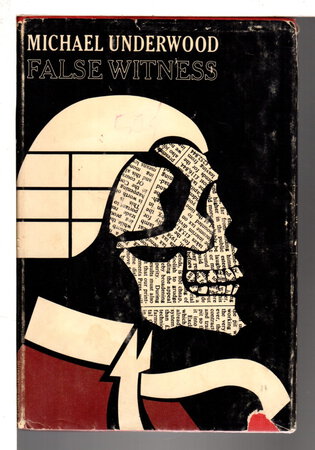 New York: Walker, (1961) dj. Hardcover first edition - Surprisingly uncommon early book by Underwood(originally published in the UK in 1957) - his fourth novel and the fourth featuring Detective Superintendent Simon Manton of Scotland Yard. H. R. Keating said of Underwood's books that they "never less than firmly of the real world, reflected the fact that homicide in real life is almost always dramatic only at the moment of the death. Thereafter there is the solid plod of police work and after that the sober and intricate processes of the law. It was in describing the latter, both before and after the fact, that he excelled." 222 pp.

Condition: Ex-library but the only indications are the signs of pocket removal underneath front flap and some faint lettering on the spine, otherwise good condition in red cloth in a fair only dust jacket with overall edgewear and rubbing, small chip on front cover, price-clipped.