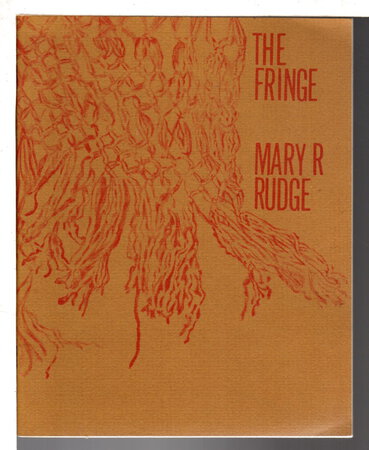 By the author, (1975). First edition - A collection of poems, many set in Mexico where Rudge lived and studied art, and illustrated throughout with her drawings. Rudge was named the first Poet Laureate of Alameda (a title she held until her death) as well as receiving many other awards, but she was also well known for her art - she had several one woman shows of her works in both Mexico and the United States. She was also known as an advocate for the homeless, artists, poets and those suffering poverty and discrimination. This volume includes "eating succulent joy of plum" which she wrote as a gift to the Farm Workers' Benefit. Unpaginated (a slim volume of 36 pp)

Condition: Near fine in stapled brown wrappers with red lettering and drawing on the front cover.