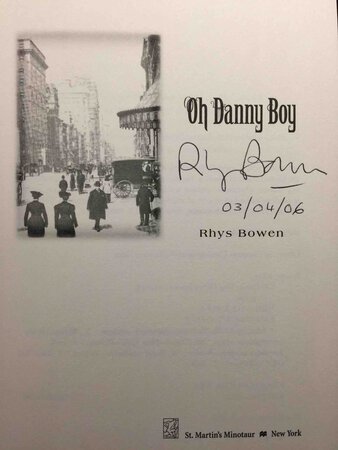 New York: St Martin's Minotaur, (2006) dj. SIGNED hardcover first edition - The iftth book in her award winning series set in early 20th century New York and featuring the spunky recent Irish immigrant Molly Murphy and Daniel Sullivan, a captain in the New York police force. When Sullivan is being held in the Tombs, accused of accepting bribes, it is up to Molly to prove he is being framed.. SIGNED on the title page and dated in the year of publication. Historical note. 325 pp. ISBN: 0-312328176.