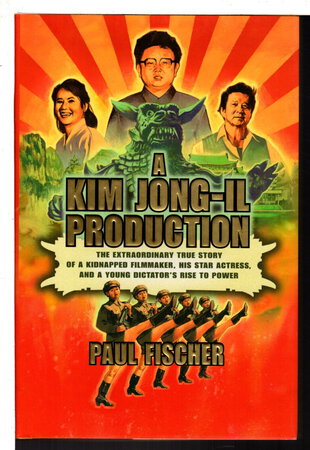 A KIM JONG-IL PRODUCTION: The Extraordinary True Story of a Kidnapped Filmmaker, His Star Actress, and a Young Dictator's Rise to Power.

New York: Flatiron Books / Macmillan, (2015) dj. Hardcover first edition - A fascinating look at a hard-to-believe episode in film-making and North Korean history. "There was a time when the duo of Shin Sang-Ok and Choi Eun-Hee seemed unassailable. Shin was the extraordinarily successful South Korean movie director and producer; his beautiful wife Choi was his top star. . From the late 50s until the early 70s, the duo ruledbut divorce, scandal, and diminishing star power brought them back to earth.. .. the true story of Shin and Chois kidnapping by Kim Jong-Il, future Supreme Leader of North Korea (at the time he was son to the then-Supreme Leader). Shin and Choi, who were kidnapped in 1978, went on to make a number of films in North Korea (as the guest of Kim Jong-Il) before escaping to the U.S. in 1986." Illustrated with photographs. Selected bibliography. x, 353 pp. ISBN: 978-1250054265.