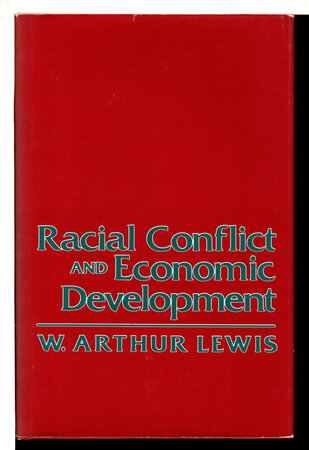 Cambridge, MA: Harvard University Press, 1985. dj. Hardcover first edition - The first book in the W.E.B. Du Bois Lectures series, based on a series of lectures given at Harvard in 1982. Among the controversial topics discussed is the effect of race on federalism, dual labor markets, multinational corporations, entreprenuership and more. Lewis, born in Santa Lucia in the Caribbean, was the first black person to attend the London School of Economics, and in 1979 he was awarded the Nobel Prize in Economics. Suggested readings, index. vi, 134 pp. ISBN: 0-674745795.

Condition: Near fine in near fine dust jacket (sunning to spine of dj, previous owner's name, but otherwise tight and clean)