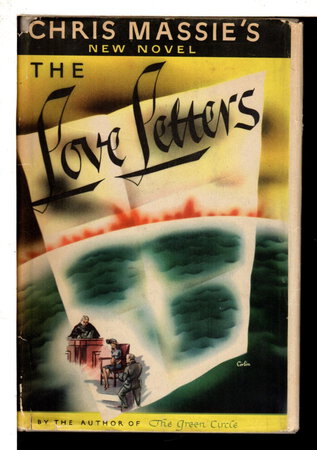 New York: Random House, (1944) dj. Hardcover first edition - Although written during World War II, this novel is set in the years immediately after the first World War - a man finds himself falling in love with a woman who has amnesia, but who is probably responsible for killing his soldier friend. Basis for the 1945 film of the same title, with a screenplay adapted by Ayn Rand and starring Jennifer Jones, Joseph Cotten, and Ann Richards, and nominated for four Academy Awards, including a Best Actress in a Leading Role for Jones. 289 pp.

Condition: Near fine in very good dust jacket (bookplate under dj flap, some edgewear to dj, loss of 1/8 inch at top of spine, original price of 2.50 still present.)