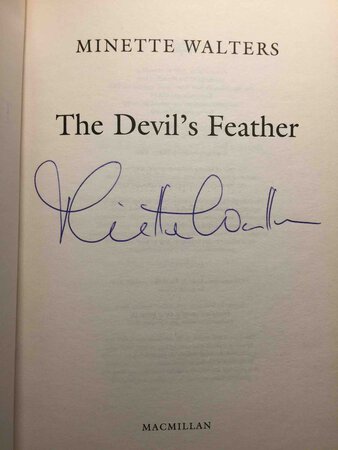 London: Macmillan, (2005) dj. SIGNED hardcover first edition - The eleventh novel by this award winning crime writer. "With private security firms supplying bodyguards in every theatre of war, who will notice the emergence of a sexual psychopath from the ranks of the mercenaries? When five women are brutally murdered in Sierra Leone, Reuters correspondent Connie Burns, questions the arrest of three rebels soldiers for the crime. . . She believes a foreigner is responsible, a man who claims to have worked for the SAS. . . Two years later in Iraq, the consequences of her second attempt to expose him are devastating. Terrified, degraded and destroyed, she goes into hiding in England where she strikes up a friendship with Jess Derbyshire, a loner whose reclusive nature may well be masking secrets of her own. Seeing parallels between herself and Jess, Connie borrows from the other woman's strength and makes the hazardous decision to attempt a third unmasking of a serial killer." SIGNED on the title page. 357 pp. ISBN: 1-405050985.