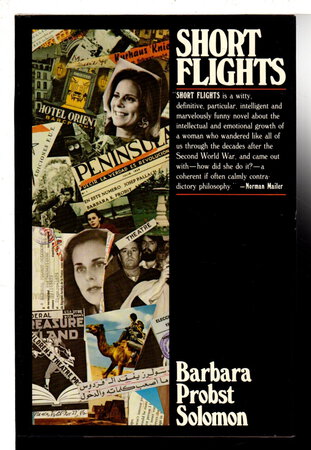 New York: The Viking Press, (1983) dj. Hardcover first edition - The author's third book, described as a novel, but far more than that. She was "scarcely eighteen years old when she and another young Spaniard pulled off a daring rescue of political prisoners from one of Franco's concentration camps in the late 1940s. Spain thus became a part of her. This book, a personally political chronicle of the years from 1974 through Franco's seemingly endless dying and the inevitable manoeuvres that have issued, is what Virginia Woolf once called, 'an amalgam of autobiography and fiction, memoir and imaginative improvisation'." 313 pp. ISBN: 0-670330531.

Condition: Very near fine in a like dustjacket (light toning)