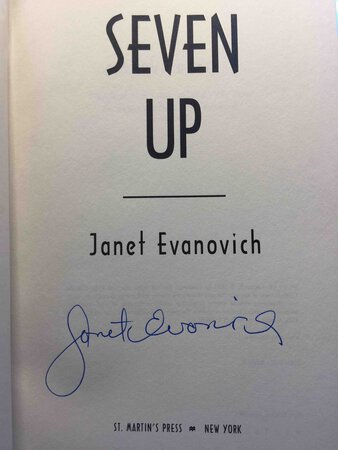 New York: St Martin's, 2001. dj. SIGNED hardcover first edition - Mystery featuring Stephanie Plum, who works for her bail bondsman cousin in New Jersey - two books in the series won the Dilys award (given by independent booksellers for the mystery that is the most fun to sell - and the later ones in the series continue the fun), and Evanovich has also received the Silver Dagger and John Creasey awards, among others. SIGNED on the title page. 309 pp. ISBN: 0-312-265840.

Condition: Fine in a fine dustjacket.