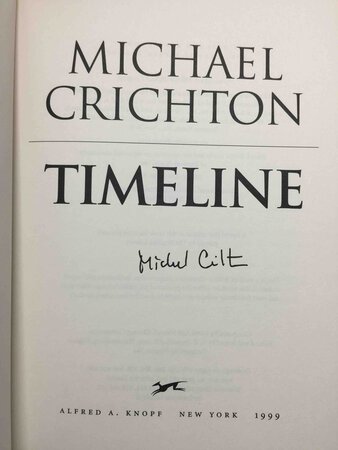 New York: Alfred A. Knopf, 1999. SIGNED hardcover first edition - A novel which "opens on the threshold of the twenty-first century. It is a world of exploding advances on the frontiers of technology. Information moves instantly between two points, without wires or networks. Computers are built from single molecules. Any moment of the past can be actualized - and a group of historians can enter, literally, life in fourteenth-century feudal France." SIGNED on the title page. Bibliography. 450 pp. ISBN: 0-679444815.