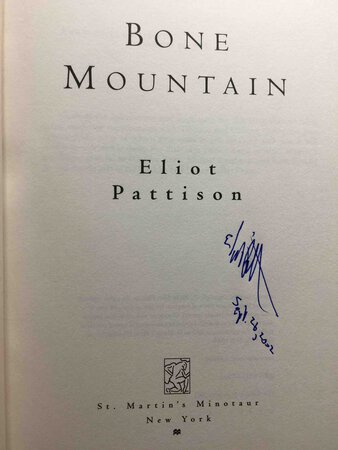 New York: St Martin's Minotaur, (2002) dj. SIGNED hardcover first edition - The third novel in the award-winning series featuring Inspector Shan Tao Yun, who lost his position in Beijing and his family and freedom, when he ran afoul of a powerful figure in the Chinese government. Now released after four years in the gulag and living in Tibet, he is still trying to find justice - "Set against the astonishing landscape of this beleaguered Himalayan country and the epic struggle of the Tibetan people, [these novels become] a passage through the many layers of tragedy inflicted by China on Tibet and its people." SIGNED on the title page and dated in the year of publication. Author's note. Glossary of foreign language terms. 424 pp. Map endpapers. ISBN: 0-312-206127.