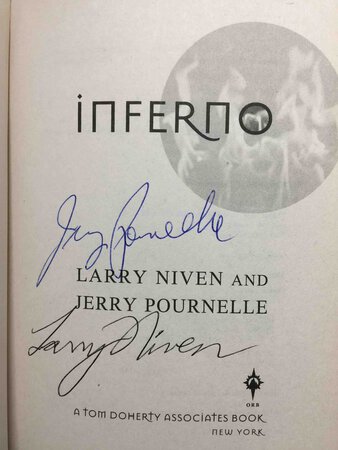 New York: ORB / TOR / Tom Doherty Associates, (2008). SIGNED first edition - A walk through Hell for the 20th century with a science fiction writer as Dante, and Mussolini as Virgil. Originally published in " a substantially different form" in 1976, this is described at the authors preferred edition. SIGNED on the title page by BOTH Niven and Pournelle. Notes. 237 pp. ISBN: 978-0765316769.

Condition: Very near fine in illustrated wrappers (some light toning to the pages).