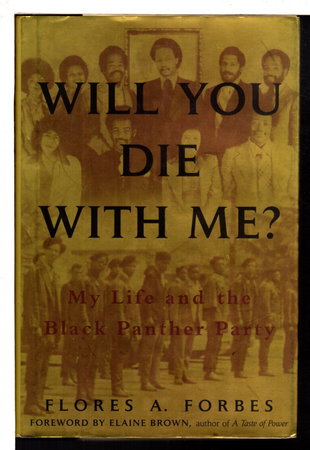 WILL YOU DIE WITH ME? My Life and the Black Panther Party.

New York: Atria Books, (2006.) dj. Hardcover - An inside account of the Black Panther party by one of the organization's central committee members, and a personal account of a young man, angered by the racism he saw everywhere in his native San Diego, who became a revolutionary and an activist. Foreword by Elaine Brown, who became Chairman of the Black Panthers in 1974. the first woman to hold such a position, and she remains an activist. Photographs. Chronology, index.xi, 302 pp. ISBN: 0-7434-82662.