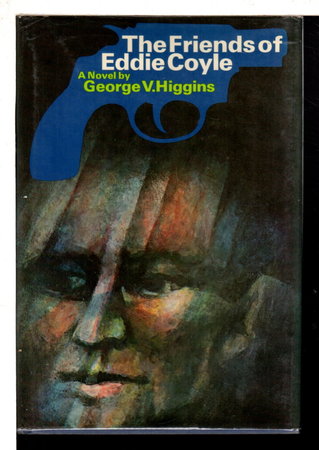 THE FRIENDS OF EDDIE COYLE.

New York: Alfred A. Knopf, 1972. dj. Hardcover first edition - The first book by this Assistant US Attorney, one of the best novels ever written about life in the mob (in this case, the Boston mob.) "Eddie Coyle and his 'friends' - people he can trade in for his own life and who can kill him for theirs - are hoods. If the 'wise guys' - the syndicate wheels who sometimes surface in Eddie's world to give an order - are the same as executives, then henpecked, worried Eddie Coyle is the working stiff of crime." Basis for the 1973 film directed by Peter Yates and starring Robert Mitchum and Peter Boyle .In the second state light blue cloth binding. 183 pp. Dustjacket by Hal Siegel. ISBN: 0-394-473272.

Condition: Near fine in near fine dust jacket (hint of spine slant, usual light toning to pages and sunning to edges of boards)