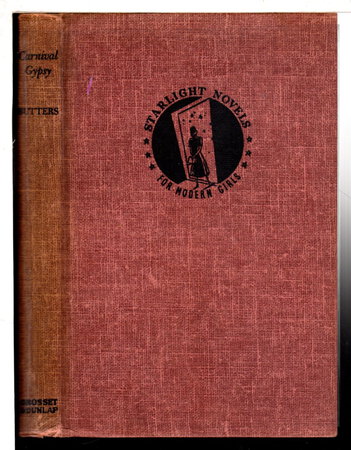 New York: Grosset & Dunlap, (1950). Hardcover - A rather hard-to-find young adult novel by this author who is best known for the Mrs Polifax mysteries which she wrote under Dorothy Gilman. Kirkus Review stated that ""the book sparkles with atmospheric 'carny' talk and adventures. Fifteen-year-old Capri and her mother, Francia Maccomb, vivacious former-star of vaudeville, choose to sell the farm left to them by Uncle Shie, Francia's partner, and to keep his carnival. Eventually, despite underhanded machinations of the show's former manager to destroy the show, rackets which creep in, and Francia's attempts to protect her daughter from show business, the show is at last reorganized with new acts and a happy, loyal company. Capri finds new friends, a new step-father, and wins the approval of her mother for sharing the exciting carnival life. This is a warm-hearted yarn with an appealing mother-daughter relationship and the never-failing fascination of show business." A title in the Starlight Novels series. 217 pp.