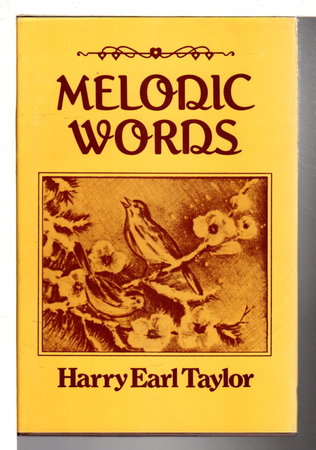 New York: Vantage, (1982) dj. Hardcover first edition - Posthumous publication of this collection of mostly light-hearted poems. "Although several of these poems have appeared previously in various newspapers, they were composed primarily as a hobby during the years from 1918 to 1955." Frontispiece photograph. 65 pp. ISBN: 0-533053234.