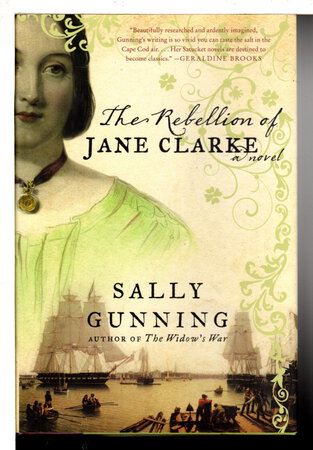 THE REBELLION OF JANE CLARKE.

New York: Morrow (imprint of Harper Collins), (2010). Hardcover first edition - Novel set on Cape Cod and Boston, on the verge American Revolution. This story of story of one woman's struggle to find her own place is filled with some of the lesser known but most influential figures of America's struggle for independenceÑJohn and Samuel Adams, Henry Knox, James Otis. Historical note. 273 pp. ISBN: 978-0061782145.