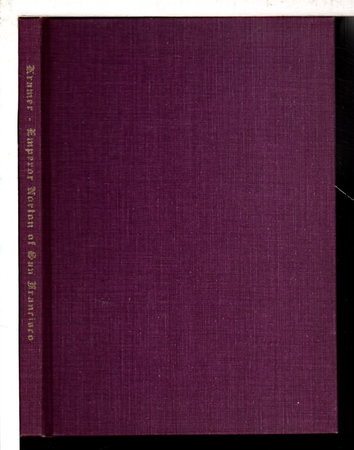 Los Angeles: Westland Printing Company, (1974). Hardcover first edition - Even in a city known for its characters, Joshua Abraham Norton (1818 - 1880) stood out - in 1859 he proclaimed himself "Norton I, Emperor of the United States" and later he added "Protector of Mexico" to his titles. While he had no formal political power. he was treated deferentially in San Francisco, and currency issued in his name was honored in the establishments that he frequented. Among his numerous decrees were those calling for the construction of a bridge and tunnel crossing San Francisco Bay to connect San Francisco with Oakland. Illustrated with a frontispiece and 5 plates. One of only 300 copies. 66 pp.

Condition: Fine in purple cloth boards with gilt lettering on the spine.