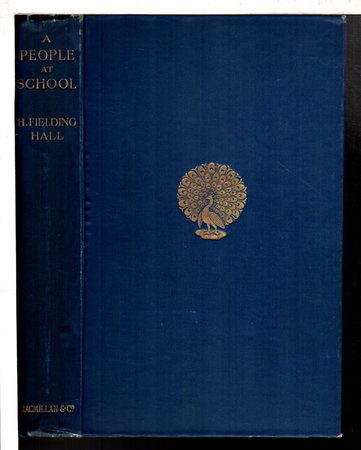 A PEOPLE AT SCHOOL.

London: Macmillan, 1906. Hardcover first edition - The author's second book about Burma and its people, a book which reflects his viewpoint as a British citizen and colonizer (despite the "school" in the title, he states that the English did not come to teach but to rule). He considers the "true" Burma to be the highlands, the land that formed the kingdom of the last kings which were annexed by the British in 1885. Ironically, one of the things he criticizes in the Burmese people is the relatively equality of women and men - including the fact that women have freedom unknown to women elsewhere, that men respected women and they had no fear of men, and that they could inherit equally. viii, 286 pp plus 2 pp publisher's ads.