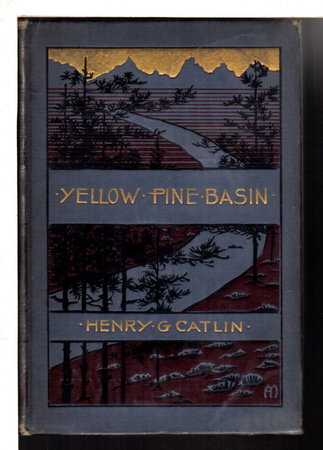 YELLOW PINE BASIN The Story of a Prospector.

New York: George H. Richmond & Co 1897. Hardcover first edition - A novel which follows the adventures of prospectors Bud and Zeb in the California gold fields. Years later, Catlin was involved with the Croesus Mine in Eureka, Nevada -and while this venture might have failed because of crashing silver prices after World War I, his "concept was bold and envisioned a level of automation never before seen in Nevada mining. A two-mile aerial tram to a modern smelter eliminated ore teams and reduced ores on location for direct transport by rail to the main east-west line." iv, 214 pp. Top edge gilt, fore-edge untrimmed.

Condition: Very good in blue cloth with an illustrated binding with gilt lettering designed by Alice Morse (some foxing to the endpapers, not affecting the text.)