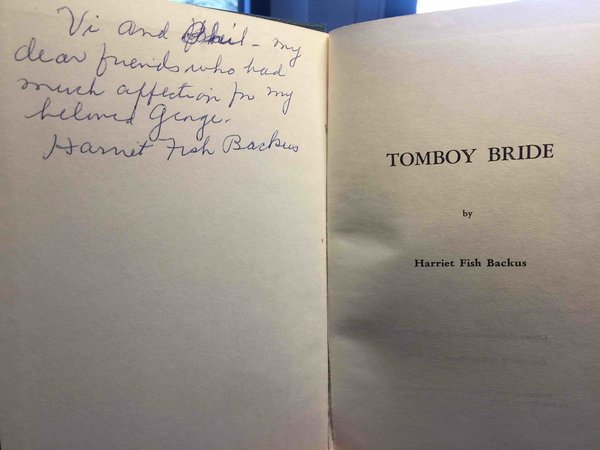 Boulder, CO: Pruett Publishing, (1969) dj. SIGNED hardcover first edition - "A Woman's Personal Account of Life in the Mining Camps of the West" - in 1908, right after their marriage in Denver, Harriet and her husband George, a mining engineer, went to the Tomboy Mine in the San Juan mountains of Colorado above Telluride. Later they were at the copper mines in British Columbia and at remote mines in Idaho. By 1913, they had returned to Colorado - to Leadville - where George helped developed a process for milling molybdenum during the years of the first World War. The Tomboy closed in 1925, the copper mines of Britannia in 1934, but the Climax went on to become one of the greatest mining enterprises - because of molybdenum. Very personally INSCRIBED opposite the title page to "my dear friends who had much affection for my beloved George." Illustrated with photographs. 273 pp.

Condition: Very good in a good dust jacket (a few dates and "read" on front endpaper, dj is tearing along fold of front flap, now protected by an archival cover)