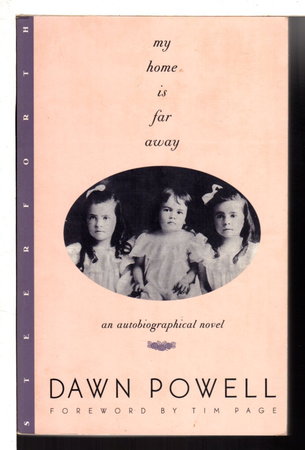 MY HOME IS FAR AWAY.

South Royalton, VT: Steerforth Press, (1995). Powell's fictionalized memoir of her childhood in Ohio, as seen through the eyes of Marcia, the middle one of the three daughters in the Willard family, originally published in 1944. When this reissue came out, after many years of being out of print, Terry Teachout in his review called it "one of the permanent masterpieces of childhood." Includes an introduction by Tim Page, Powell's biographer. vi, 295 pp. ISBN: 1-883642434.