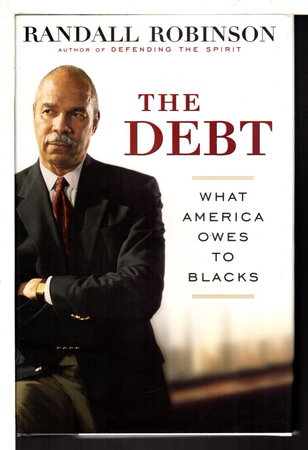 THE DEBT: What America Owes to Blacks

New York: Dutton, (2000). Hardcover first edition - A book which argues that the United States must be prepared to make restitution for its long history of slavery and discrimination - he points out that "No race, ethnic or religious group has suffered as much over so long a span as blacks have and do still, at the hands of those who benefited ... from slavery and the century of legalized American racial hostility that followed it." Twenty years later, not much has changed, but at least the issue of reparations is being discussed again. Sources, index. 262 pp. ISBN: 0-525945245.