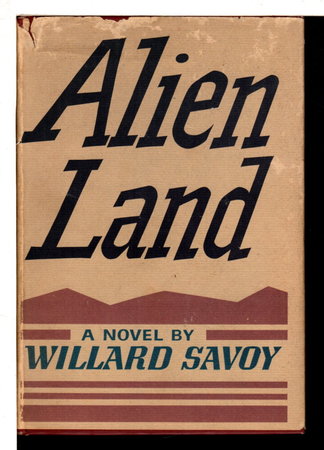 New York: Dutton, 1949. dj. Hardcover first edition - African American author's first (and only published) novel, the story of a light-skinned black man who decides to pass for white after encountering racism - but finds himself still torn between his mixed heritage - that of his white grandmother and his father who fought for civil rights. This was published while the author was still serving as a Lieutenant in the Air Force. While this has been described as an example of the "tragic mulatto" or the "apologetic novel", Ann Petry, author of The Street, sums it up as "he story of a man's loss of the sense of personal dignity, a loss that began in his childhood, continued through his adolescence, and into manhood; and of how he struggled to regain it."

Condition: Near fine in very good dust jacket (rubbing to the spine of the dj and book, chip to top of dj spine, minor edgewear, original price of 3.00 still present)