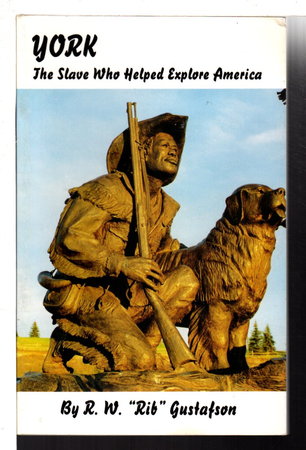 Stevensville, Montana: Stoneydale Press, (2000). First edition - Told in the first person, and written for older children, this is an account of the life and times of York, the personal slave of William Clark and the only black member of the Lewis and Clark expedition. On their return, York did not receive his promised freedom until over a year later, and his attempt to start a freight business was unsuccessful. According to this account, he returned to St Louis and earned passage on a steamship to the mouth of the Little Big Horn River, where he married a Crow Indian, and lived the rest of his life among them, as an honored leader. Illustrated. Foreword by Huil Willis. 61 pp. ISBN: 0-912299932.