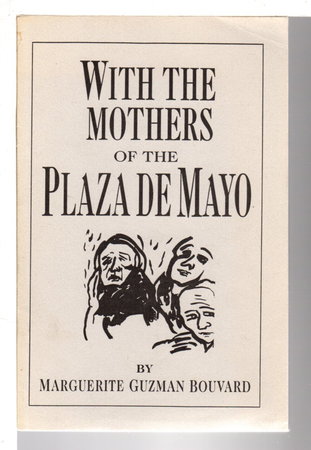 WITH THE MOTHERS OF THE PLAZA DE MAYO.

Bedford, NH: Igneus Press (1993). First edition - A collection of bilingual poems (English and Spanish) about the Mothers of the Plaza de Mayo, who formed in Argentina after the military coup of March, 1976, and who began to demonstrate in the Plaza on behalf of their thousands of disappeared children. Translations by Ludmilla Mimo and Leopoldo Brizuela. Illustrated with photographs and drawings by Miriam Beerman. Introduction by Bouvard. 66 pp plus 15 glossy plates of photographs of some of the Mothers. ISBN: 0-96278916x.