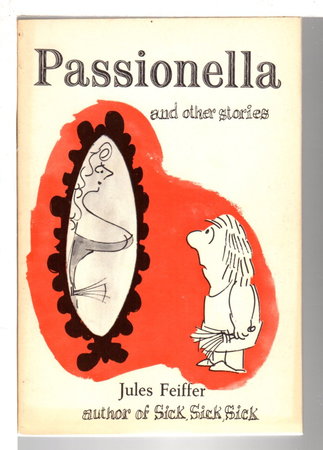 New York: McGraw-Hill, (1959). First edition - Award-winning cartoonist's second book - Ella was a chimney sweep in a big office building who lost her job when it became automated, but with the help of her "friendly neighborhood godmother" she became a big-bosomed movie star known as Passionella. By contrast, the final story "Boom" is on the rush to test ever bigger and bigger bombs.