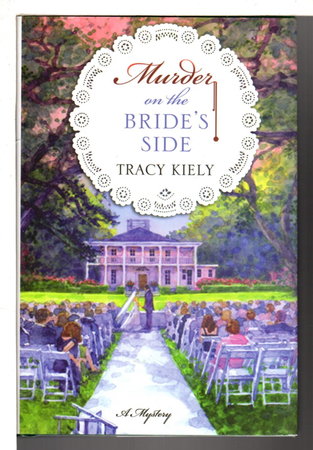 MURDER ON THE BRIDE'S SIDE: A Mystery.

New York: St Martin's Minotaur, (2010). Hardcover first edition - Set in Virginia, this is the second mystery featuring Elizabeth Parker, a Jane Austen-quoting sleuth. "Elizabeth suspected that fulfilling her duties as maid-of-honor for her best friend, Bridget, was going to be murder. And no sooner is the last grain of rice thrown thanshe finds herself staring into the dead eyes of Bridgets Aunt Roni, a woman whose death is almost as universally celebrated as Bridgets nuptials." 291 pp. ISBN: 978-0312537579.