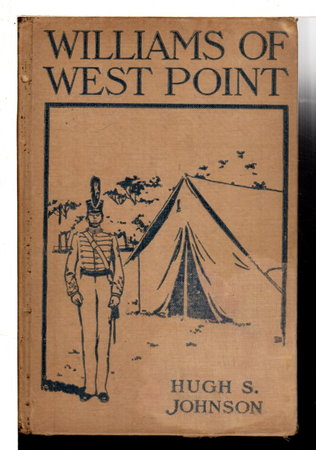 New York: New York Book Company, nd (c 1908). Hardcover - Rather uncommon reprint of this book written for older boys about West Point and to "convey some sense of the old Code of the Cadet Corps." Johnson, who became an army general in 1918 (the fastest any West Point graduate had achieved that rank) wrote this five years after he graduated from West Point. Glossy frontispiece. 293 pp.