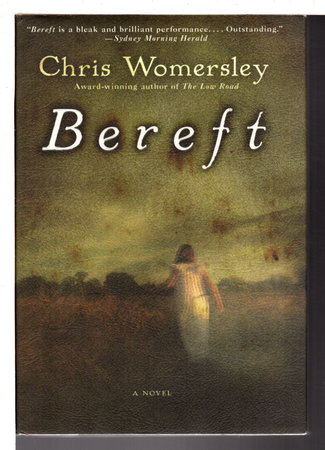 New York: SilverOak, (2012). Hardcover first edition - Second novel by this award-winning Australian writer. "The year is 1919 and the Great War has ended. Sergeant Quinn Walker - with a damaged body and soul from his wartime experiences - decides to return home to the small and desolate town of Flint, Australia, to set right the past. Ten years earlier, he had fled following the horrific rape and murder of his beloved younger sister Sarah - a crime that everyone, including his family, believed Quinn committed. When he arrives on the outskirts of Flint, Quinn learns the town has not escaped the deadly flu epidemic sweeping the globe." Winner of the Indie award for best Australian novel, nominated for the Miles Franklin award. 235 pp. ISBN: 978-1402798139.