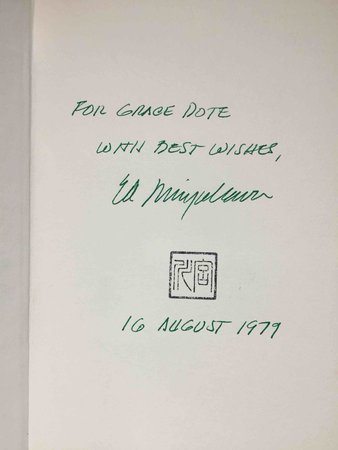 Waldport, Oregon: House by the Sea Publishing Co., (1979.) dj. SIGNED hardcover first edition - One of the first Japanese-American novels to portray the struggle for justice and freedom from within the confines of America's concentration camps by those who refused to cooperate with the internment of 120,000 of their fellow Americans during World War II. The author was seven years old when he was sent to a camp with his family. Tule Lake was unique among these camps in that it housed those who were deemed 'disloyal' by the US government. INSCRIBED on the title page and dated in the year of publication. 328 pp. plus glossary. Dust jacket illustration by Yukiharu Sazaki