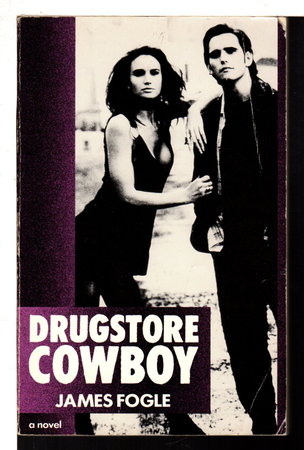 New York: Delta, (1990.). First edition - First publication of this novel, set in Portland, Oregon in the early 1970's, after it was produced as an award-winning film of the same name in 1989, directed by Gus Van Sant and featuring Matt Dillon and Kelly Lynch. Not only one of the best films of the year, but one of the most realistic and powerful movies ever made about drug addicts. Fogle knew that life well - this book is dedicated to a long list of his "pards" from 1974, "who all died that summer or shortly afterward in connection with the use and traffic of drugs." . Front cover is a still from the film of Dillon and Lynch and inside the rear cover is a photograph of the author in prison. 214 pp. ISBN: 0-38530224X.