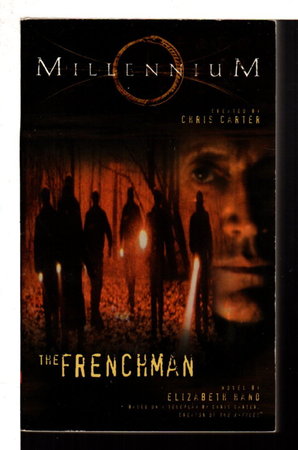 < >
Hand, Elizabeth (based on the characters created by Chris Carter.)

New York: Harper Prism, (1997). First edition - The first novelization based on this television series with characters by Chris Carter, creator of the X-Files. "This is the way the world ends. The signs are everywhere. A stripper's mutilated corpse. The living dead interred in homemade coffins beside a freezing river. Darkness visible is stalking Seattle's sexual underground, and the police can't stop it." Includes an excerpt from the second book in the series, Gehenna. 248 pp. ISBN: 0-061058009.