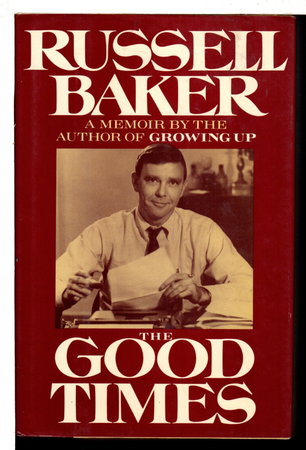 New York: William H. Morrow, (1989) dj. Hardcover first edition - The author's second memoir - in this book he chronicles the growth of his journalistic career, from newsboy, to police reporter and White House correspondent, to columnist, during the 1950s and early 1960s - including recounting the mischances and lucky breaks that influenced his decision to write satiric or thoughtful commentary rather than go for the scoop. Photographs. 351 pp. ISBN: 0-688061702.