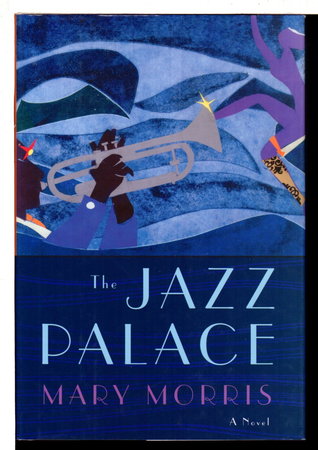 New York: Nan A. Talese / Doubleday dj. Hardcover first edition - Winner of the Anisfield-Wolf Book Award. Set in the 1920s Chicago, this is novel "brilliantly captures the dynamic atmosphere and the dazzling music ofthe Jazz Age. In the midst of boomtown Chicago, two Jewish families have suffered terrible blows. The Lehrmans, who run a small hat factory, lost their beloved son Harold in a blizzard. The Chimbrovas, who run a saloon, lost three of their boys on the SS Eastland when it sank in 1915.. . But Benny Lehrman has no interest in making hats. His true passion is piano - especially jazz. At night he sneaks down to the South Side, slipping into predominantly black clubs to hear jazz groups play. . . Even as the novel charts the story of its characters, it also tells the tale of the city where they live. It is a world of gangsters, musicians, and clubs, in which black musicians are no freer than they were before the Civil War, white youths head down to the South Side to slum, and Al Capone and Louis Armstrong become legends." 245 pp. ISBN: 978-0385539739.

Condition: Very near fine in a like dustjacket. (remainder dot)