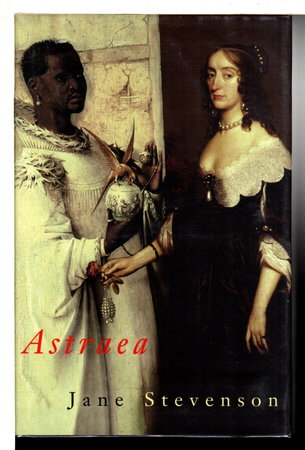 London: Jonathan Cape, (2001) dj. Hardcover first edition - The author's second novel, third book. "In the Netherlands in the 1640s Astraea tells of the relationship between Elizabeth of Bohemia, daughter of James I, and another exile, Pelagius, heir apparent to the Yoruba kingdom of Oyo, a freed slave with shamanic gifts. They fall in love, marry clandestinely and, secretly, she gives birth to a son - their hope for a new age." Elizabeth was also known as the Winter Queen. 308 pp. ISBN: 0-224061402.