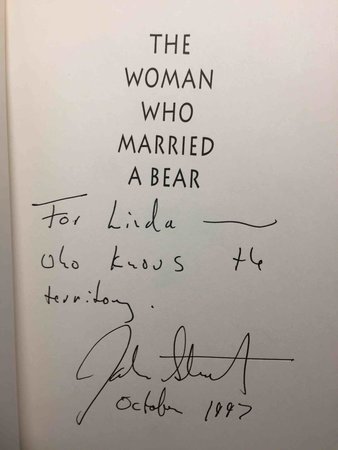 THE WOMAN WHO MARRIED A BEAR. An Alaskan Mystery.

New York: Soho Press, 1992. dj. SIGNED hardcover first edition - A highly praised (and deservedly so) unusual first book, set against the modern Alaskan frontier, and the surviving pantheism of its indigenous population, nominated for an Edgar, winner of the Shamus award for best first book. INSCRIBED by the author on the half title page: "For Linda, who knows the territory" and dated in 1997. 225 pp.